It’s been a topsy-turvy year for Harry Maguire.

After being made captain at Manchester United, a decision that appeared to not win universal approval amongst fans and pundits, the £85m signing from Leicester City then had to suffer the ignominy of being tried before a Greek court for an alleged assault.

Though he was given a suspended sentence, he was convicted of aggravated assault of police officers and attempted bribery, detailed by this report in The Guardian.

Since that tumultuous time last August Maguire’s form has suffered, but he’s taken comfort in the friendship of an England colleague that plays for United’s biggest rivals, Manchester City. 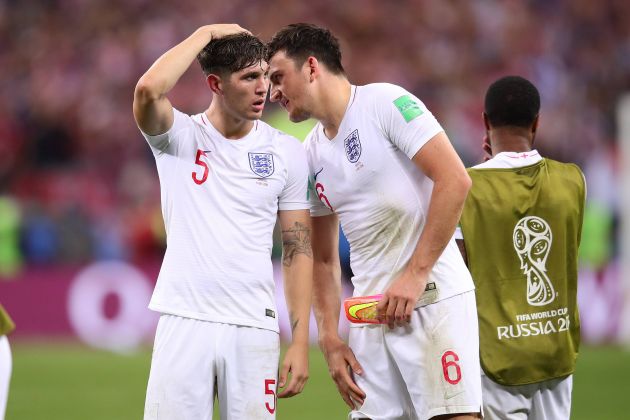 John Stones has also endured a tough time over the last couple of years, due in no small part to a loss of form.

“We always speak away from football. He’s a good friend,” Maguire is quoted as saying by the Daily Mirror.

“I grew up with him, I grew up playing against him when he was at Barnsley.

“We’re not far from each other where we actually grew up and lived and come through.

“You’re not going to go throughout your career without being at fault for goals, so you get scrutinised when you play in the Premier League so you expect that.

“It’s about how strong you are mentally and how you can come through it. I’m pleased to see John. He’s back playing and back playing with confidence, back playing really well. For myself, I feel exactly the same.”

There’ll likely be those who don’t approve of the friendship, given that it blurs the lines between the two Manchester clubs.

However, if it helps Maguire to get his career and life back on an even keel, who are we to judge.