According to recent reports, Liverpool are in advanced talks with RB Leipzig over the possible signing of defender Ibrahima Konate.

READ MORE: Leeds United star wasn’t wanted by Messi at Barcelona and now the Argentine has been proved right

Konate, 21, joined RB Leipzig in 2017 after making the switch from French side FC Sochaux.

Since his arrival in Germany’s top-flight, Konate has featured in 89 matches, in all competitions.

During what has been a hugely successful four-years with Julian Nagelsmann’s side, Konate, with the help of centre-back partner Dayot Upamecano, has grown to become one of Europe’s most highly-rated defenders.

The young Frenchman’s continued and impressive form has seen him contribute to his side’s nervy title challenge this season.

Although the 21-year-old has enjoyed a relatively successful time in the Bundesliga, Konate has recently seen his name linked with a stunning switch to Jurgen Klopp’s Liverpool.

According to a report on Monday from The Athletic, the defender is in ‘advanced’ talks with the Premier League champions over a possible summer switch.

Following the exciting news, we have taken a look at how Klopp could line the side up next season, should they prove successful in their pursuit. 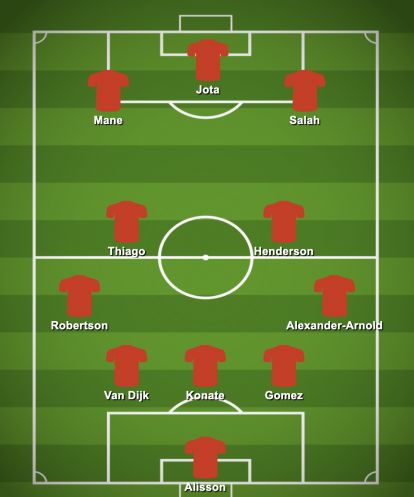