The international break always seems to come at the worst possible time in a season, just when certain club outfits are building up a head of steam.

Chelsea have been excellent since Thomas Tuchel has taken over, not having been beaten under the German, and Mason Mount has found some great form for his club which he’s also transferred to the England national team.

Alan Hudson played for both the Blues and the Three Lions back in the 1970s, and he wants to see the attacking midfielder given more of a footballing education for the national team. 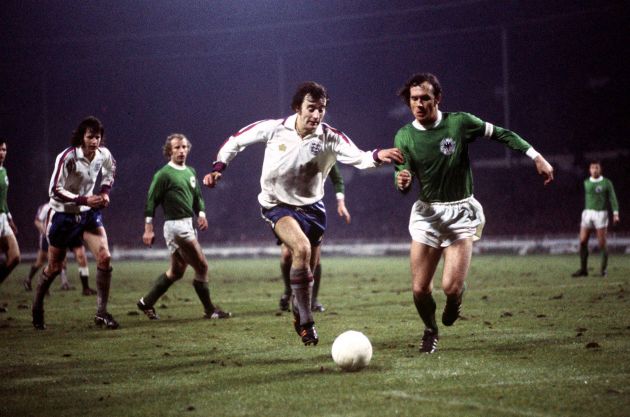 Alan Hudson on his England debut against West Germany

“Under Frank Lampard he [Mount] was running around as if he had fire in his boots,” Hudson told CaughtOffside.

“International football is far more about composure and Mount has to be educated on this front.

“He has bundles of ability, but there is a big difference between the Premier League and international football, just as we’ve found out since 1966 with players disappearing in the big matches.

“Mason Mount might well go on and win the Premier League, be Footballer of the Year and win the Champions League with Chelsea.

“I listen to these pundits after international matches, however, and they actually insult my intelligence. Nobody ever mentions about the opposition Mount is up against as being vastly inferior individually or as a team.”

As ever, Hudson says it as he sees it, and woe betide anyone who can’t handle an ex-player that always shoots from the lip.

Hudson’s eye is a good one and he knows what he’s talking about when it comes to international football, despite being restricted to just two appearances himself.