Speaking to CaughtOffside, Chadwick expected his former club Man Utd to keep hold of second place, but highlighted the possible threat from a Chelsea side in fine form since Thomas Tuchel replaced Frank Lampard as manager.

Liverpool and Tottenham are tipped to miss out on Champions League qualification after disappointing seasons, with Leicester City hanging on to their place in the top four despite a late collapse seeing them miss out last season.

Chadwick added that he thinks West Ham won’t have quite enough to stay in 5th, and thinks they’ll end up dropping down to 7th as Liverpool and Spurs overtake them.

“I think obviously City look like they’re going to run away and win it,” Chadwick told CaughtOffside. “They’ve been the best team and they thoroughly deserve it. I’d like to think Man United will finish second if they can keep their form up.

“The in-form team at the moment, I’d expect Chelsea to get third and maybe even push United for second.

“It’s obviously massive if Liverpool miss out, but the way their form is I don’t see them winning every game before the end of the season.

“Spurs are really inconsistent, obviously they were near the top of the league and then down to 8th or 9th, then back up again. I’d expect Liverpool and Spurs to finish 5th and 6th and West Ham to finish 7th. 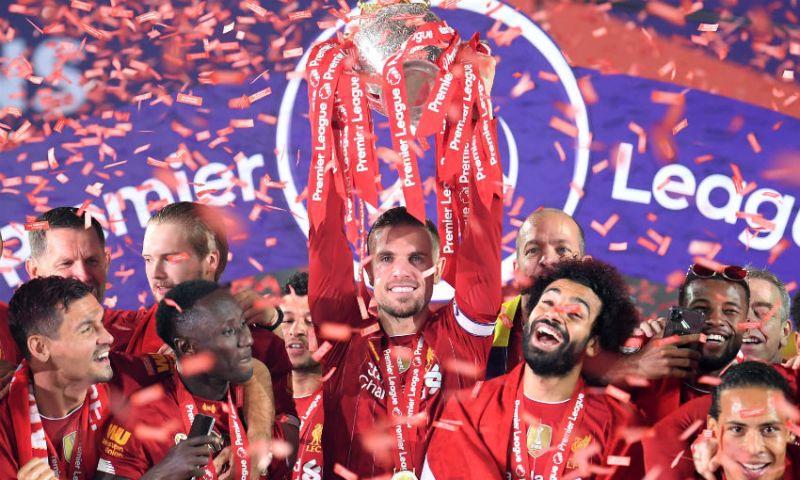 “West Ham have had a fantastic season, but I think with the squad they’ve got there I think they’ll struggle to keep up the pace and finish in the Champions League positions.”

Chadwick also spoke about Arsenal’s struggles, with it being strange that the Gunners aren’t even in the conversation about a top four place at all.

It’s been a nightmare campaign for Mikel Arteta’s side, with the north Londoners all the way down in 9th at the moment and facing a fight to even come close to a European place.

Chadwick admits it’s strange to see Arsenal so far down the table, but thinks Arteta is in the process of building something for the future at the Emirates Stadium.

“I think Arteta’s trying to build something there but they’ve been really inconsistent with the results – some good runs and some really poor runs,” Chadwick said.

“I imagine Arsenal, with the finances they’ve got, they’ll want to keep their best players together and build something for next season. I think it seems strange for Arsenal to be so far down the league, they’ve always been such a top team.”

With Leicester flying high under Brendan Rodgers, could the Northern Irishman be a candidate for clubs like Arsenal and Tottenham after falling behind the Foxes this season?

Chadwick isn’t sure Rodgers would necessarily walk away from his project at Leicester right now, but he is certain the former Liverpool boss would be high on the list of big clubs like Arsenal or Spurs if they decided they weren’t happy to continue struggling under Arteta and Jose Mourinho.

“Without a doubt he’s good enough – at every club he’s been at he’s had huge success,” Chadwick said. “He was so close to guiding Liverpool to the title with that fantastic team they had at the time. Then went up to Celtic and had massive success there.

“Now he’s turned Leicester into something close to their title-winning team from a few years ago. I’m sure he’s got huge respect from clubs all over the country.

“I’m sure if a managerial vacancy at a top club become available he’s one who’d be talked about, it’s just about what his aims are, whether he wants to build something at Leicester … but I’m sure if Tottenham or Arsenal were looking for a manager he’d certainly be right at the top of their shopping list.”