Real Madrid are prepared to offer Arsenal loanee Martin Odegaard in negotiations to sign Kylian Mbappe from PSG, according to Todo Fichajes.

Odegaard, who enjoyed a great season on-loan at Real Sociedad last time around, returned to Real Madrid in the summer in hope of kicking off his career at the Santiago Bernabeu.

However, the Norwegian had a hard time convincing Zinedine Zidane of his worth, and as a result, fell down the pecking order with Los Blancos. Another loan was needed, with Arsenal fortunate enough to get the deal done.

Odegaard is just hitting his stride with the Gunners, but we’re already beginning to hear talk of him departing. As per Todo Fichajes, PSG could be the next club to have Odegaard on their books. 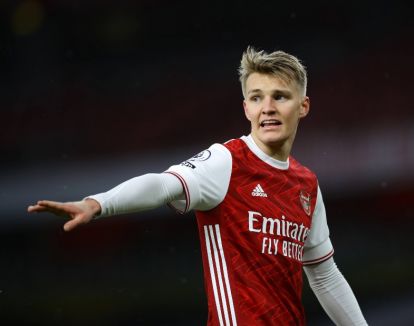 Todo Fichajes claim that Real Madrid are considering using Odegaard as a bargaining chip in their efforts to sign Mbappe from PSG this summer. Any operation to sign the France international is sure to be a hugely expensive one, so adding in an asset like Odegaard, who is surplus to requirements, could be the solution.

Of course, that would be bad news for Arsenal, who after his improvement of late, will surely be keen to sign him on a permanent basis, or at least extend his loan for another year.