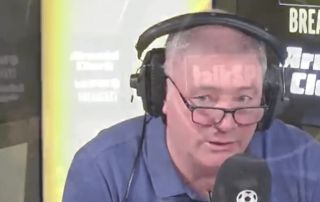 Tottenham Hotspur star, Harry Kane, is likely to be at a crossroads professionally this summer.

It’s probably not too far from the truth to believe that a Carabao Cup win is what stands between him and moving on to pastures new.

Talksport pundit, Ally McCoist, is of the opinion that Spurs won’t win trophies which was a stated aim of Kane’s a few seasons ago.

The Scot has even gone as far as to suggest that if Kane doesn’t move this summer he never will.

Do you think Kane will stay or go? ? pic.twitter.com/LtiDFwH9Ld