After surgery on his left knee initially ruled out FC Barcelona midfielder Philippe Coutinho for three months, the midfielder continues to have issues with his recovery.

The players’ camp and Spanish side denied reports of a second surgery. However, the 28-year-old seems to be heading to South America to receive medical evaluation and treatment of the lateral meniscus injury.

Marca reports that Coutinho will head to Brazil to continue the recovery process in an environment he’s more comfortable with since his 2020-21 season is over.

‘This is a strange one’ – Journalist left shocked at who could join Tottenham
Video: BBC apologise and explain ‘Manchester United are rubbish’ appearing on news ticker
Manchester United star’s camp believe transfer to Newcastle is “close” 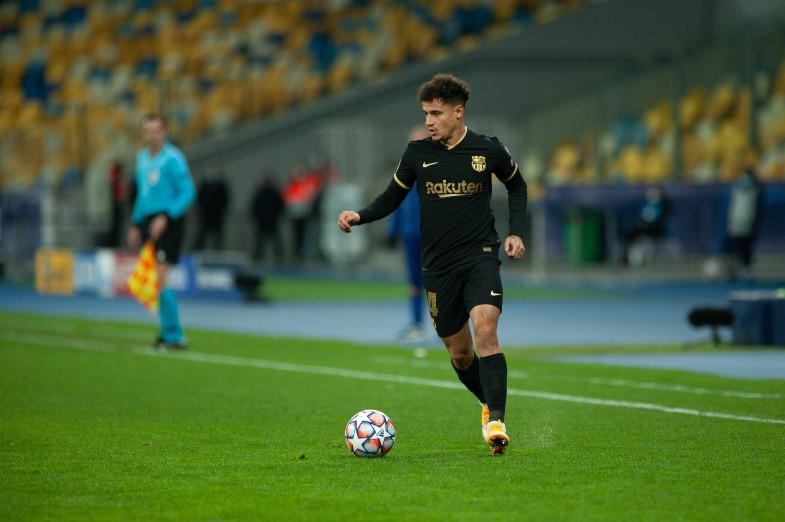 Coutinho returned from his loan stint with FC Bayern Munich, hoping to redeem himself with Barcelona. Nonetheless, the acquisition of the 28-year-old continues to be a flop. This season, Coutinho appeared in 14 fixtures while scoring three goals and registering two assists.

Under contract until 2023, Coutinho is damaged goods as Barcelona tries to figure out what to do with the midfielder. They could wait for Coutinho to continue his recovery process and flip him and hope to recover at least half of what they paid Liverpool FC to acquire him.

Then there’s the other option where they cut ties and sell him for whatever they can receive. This issue, along with others, will be on the table for the new Barcelona president Joan Laporta, who looks to clean up the mess left behind that has the club in financial shambles.