Chelsea winger Callum Hudson-Odoi has left the England U21 camp to return to Cobham for treatment on a shoulder injury.

Hudson-Odoi was absent for England U21s last time out during their 2-0 loss to Portugal, with manager Aidy Boothroyd now concluding that he has no further part to play during the current international break.

Ahead of England U21s contest with Croatia U21s tomorrow evening, Boothroyd confirmed that Hudson-Odoi has been forced to break camp and return to Chelsea.

Boothroyd confirms Hudson-Odoi is back with Chelsea after a shoulder injury: “Callum is definitely out and he has gone back to his club, Emile Smith-Rowe is also doubtful.”

It’s unclear just how severe the damage done to Hudson-Odoi’s shoulder is, but we would tentatively assume it’s nothing too serious if the decision was made to keep him around once the diagnosis had already been made.

It’s only now, with CHO evidently being deemed unfit to face Croatia, that they have decided to give him the green light to return to Chelsea, so the Blues faithful shouldn’t worry too much just yet. 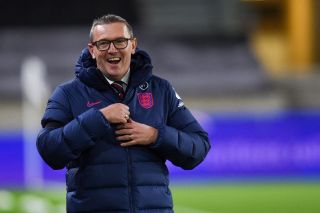