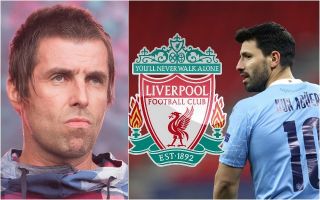 The Argentina international has announced he’ll be leaving the Etihad Stadium when his Man City contract expires at the end of this season, and he’ll no doubt depart as a club legend and one of the all-time Premier League greats.

It’s not yet clear who Aguero’s next club could be, but Christopher Beesley of the Liverpool Echo has suggested a move to Anfield could make sense for him.

Here’s Beesley’s tweet below, and the responses are pretty much as you’d expect…

Why signing Sergio Aguero could make sense for Liverpoolhttps://t.co/kppj0Gfz6e

We don’t imagine there’s much chance of Aguero actually joining Liverpool, but then again this is just a harmless opinion piece.

We must admit there’s a part of us that now hopes Aguero does join Liverpool, if only to see the responses to this tweet that move would provoke.