Liverpool have total agreement with RB Leipzig defender Ibrahima Konate ahead of a potential summer transfer to Anfield, according to Todo Fichajes.

The Reds have endured a major defensive crisis this campaign, with all of Virgil Van Dijk, Joe Gomez and Joel Matip spending the bulk of the season out of action.

Despite Ozan Kabak’s arrival from Schalke in the January transfer window, Liverpool don’t appear willing to rest on their laurels in the transfer market.

As mentioned by Todo Fichajes, RB Leipzig’s Ibrahima Konate is next on Jurgen Klopp’s wish-list, and it looks as though the deal is edging towards completion.

Todo Fichajes claim that Liverpool have reached a ‘total’ agreement with Konate over his proposed move to Anfield, with the transfer expected to be completed once the champions pay RB Leipzig the €40M they desire. 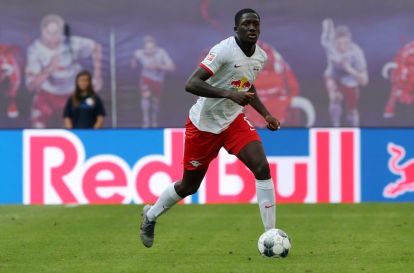 Ibrahima Konate is reportedly close to becoming a Liverpool player.

Konate certainly has the credentials to be the man to start alongside Virgil Van Dijk in defence, but so does Joe Gomez, with Ozan Kabak also considered one of the most promising centre-backs in Europe.

Are Liverpool going to have TOO much selection at the back? It’s a problem that, after this season, Klopp will probably be pretty happy to have to deal with.