Manchester City have reportedly been in touch with the father of Borussia Dortmund striker Erling Haaland.

The Norway international has been on fire this season and looks an ideal potential replacement for Sergio Aguero, who announced yesterday that he’ll be leaving the Etihad Stadium at the end of the season.

According to The Athletic, City have made contact with Haaland’s father, who used to play for them between 2000 and 2003, and the club’s rivals now believe it looks like Pep Guardiola’s side would be in the strongest position to win the race for his signature.

Haaland has also been linked with Manchester United and Chelsea by Sport, and they also need new signings up front this summer.

The Red Devils would surely benefit from an upgrade on unconvincing performers such as Anthony Martial, while Edinson Cavani is ageing and surely not a long-term option. 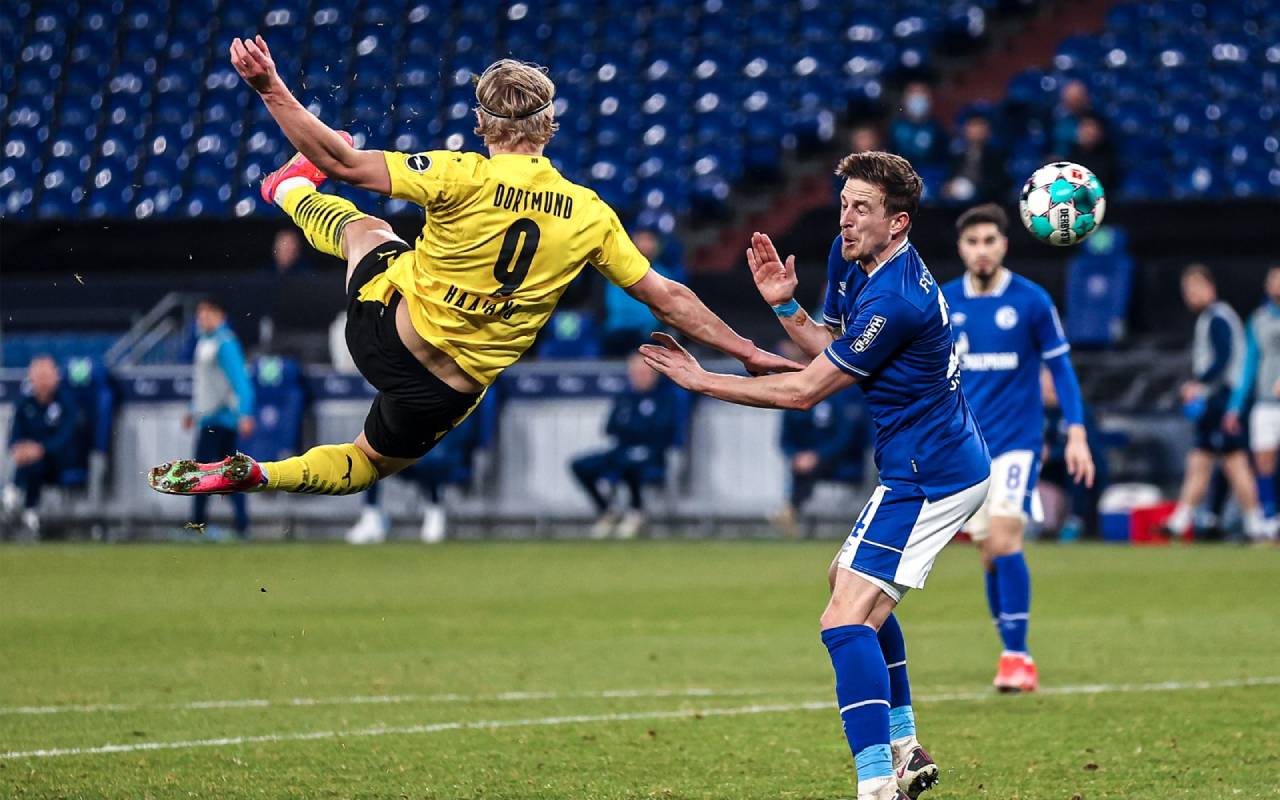 Erling Haaland would be an exciting addition to the Premier League

Chelsea, meanwhile, look like putting a strong side together under Thomas Tuchel, but Timo Werner’s poor form will be a concern.

One can only imagine how good the Blues would be if they had a lethal finisher like Haaland in their ranks, but it sounds like City might now be ahead of their rivals in this transfer battle.