Mikel Arteta has spoken about the rebuilding process at Arsenal and how it could take years to complete, and that does make sense when you look at what he inherited.

The squad was loaded with some fairly average players who were earning too much money, while it will also take time to develop the younger players into first team stars so there wasn’t a lot of money to spend on transfers.

They did a great job in January of moving on some deadwood and Mesut Ozil was the biggest name in that set of departures, but it looks like similar problems still linger.

It’s reported that Ozil was earning £350k per week at Arsenal – an eye watering amount when you consider his actual situation and what he brought to the team. 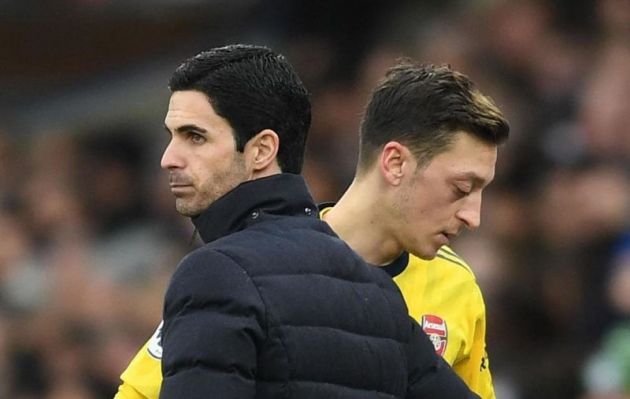 Throughout his Arsenal career he had drifted in and out of favour so his status in the squad didn’t reflect his contract, while there was absolutely no sell-on value for him so questions have to be asked over anybody who agreed to give him that deal.

At least you would think that lessons had been learned when they saw the absolute albatross that the Ozil contract was, but when you look at two current players that may not be true.

Arsenal often find themselves in situations where contracts are running down and they are left over a barrel in negotiations. It happened with Robin van Persie and Alexis Sanchez in the past, it’s happening with Folarin Balogun just now and it also happened last summer with Pierre Emerick-Aubameyang.

The star striker was in such a curious situation because he had just led them to the FA Cup and he was the clear talisman of the side, so it just felt like Arsenal had no choice but to tie him down.

The problem for Arsenal was at the time he was about to turn 31 and he’s a striker who’s game is largely based on pace, so you have to question the three year deal that he was given which sees him earn £300k per week (from Football Insider) 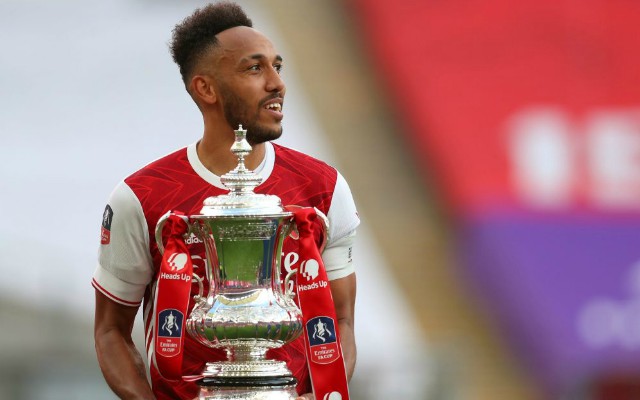 That report also states that Arsenal now want to sell him because of their financial issues and the lack of production that they are seeing in the player, while that will also probably diminish over the next couple of years as he gets deeper into his 30s.

Ultimately this means they are again stuck with a player who’s on huge wages and won’t have much of a sell-on value, but it actually appears they made the Mesut Ozil mistake twice last summer as Willian was given a three year deal worth over £220k per week (From The Sun)

It might be harsh to label the Brazilian as an absolute flop and he has improved slightly in recent weeks, but again you can’t say he’s justifying a massive salary with what you see on the pitch. 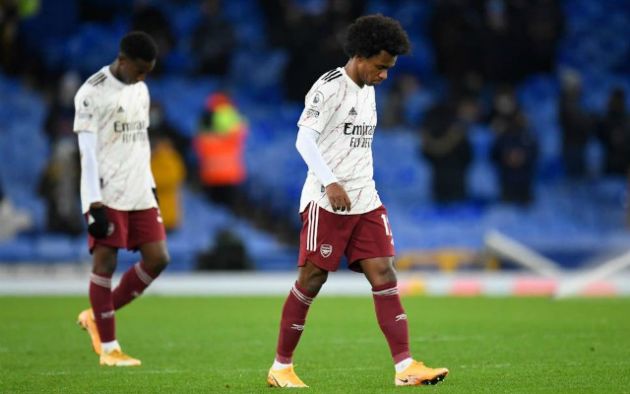 At least Willian was free, but his wages are far too high given his contributions this season

Willian turns 33 this summer while Aubameyang turns 32 so nobody is going to pay a big fee for either player, while the actual reality is that Arsenal will probably need to pay a large chunk of their wages if they leave so it looks like a horrible business decision.

Perhaps it’s felt that their experience would be vital and they would contribute more than they have, but despite seeing the damaging effects of the Mesut Ozil contract, it appears Arsenal are still spending more than £500k per week on two players who they would probably like to move on.

That money could easily pay the wages for six or seven first team regulars who would provide more depth and probably contribute a similar amount, so it shows why this rebuild is going to take so long to complete.

Things may improve as the years go by and the wage budget will be more balanced, but recent history suggests the club may not learn from these mistakes and they’ll do the same thing again.