An international suspension has seen Fernandes granted permission to return back to his domestic club.

Ahead of the Red Devils’ up and coming Premier League match against Brighton and Hove Albion, Fernandes has been able to start training well ahead of time.

United are set to host Brighton at Old Trafford on Sunday night – should the Red Devils go on to win, they will continue to cement their place among the league’s top-four. 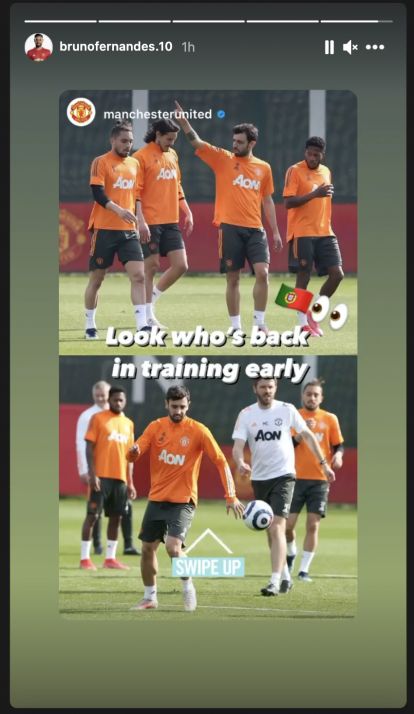