Liverpool midfielder Curtis Jones went from hero to zero in less than 90-minutes.

After doubling England under-21s’ lead against Croatia in this year’s youth Euros – Jones’ goal seemed enough to see his country make it out of the group stage.

However, in a shocking turn of events, a heartbreakingly late goal from Domagoj Bradaric in the game’s 91st minute sees the young Three Lions dumped out of the competition.

Despite winning the group’s final match 2-1, England has failed to progress to the knockout rounds on goal difference.

As the game’s final whistle blew, Liverpool’s Jones was spotting embroiled in a heated exchange which in turn earned him a second yellow inevitably resulting in a sending off.

Not a good night all round.

Curtis Jones got into an altercation after Croatia eliminated England from the U-21 European Championship ? pic.twitter.com/zFfyDlvTo1 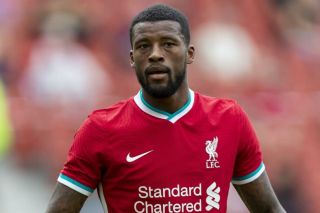