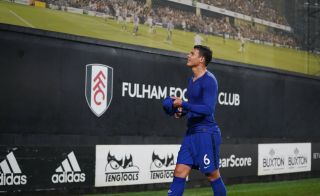 Silva heightened his love amongst the fanbase by sharing that he was watching the club’s Women’s Super League tie against Aston Villa on the weekend, before tuning in for the Wolfsburg clash yesterday.

The 36-year-old watched on as Emma Hayes’ side pulled of two wins, one maintaining their lead in the Women’s top-flight and the other seeing the side progress to the Champions League semi-finals.

This is just one of many gestures of support and love that we’ve seen from Silva since he joined the Blues, it’s clear that the currently injured star is enjoying his time in West London.

Thiago Silva watching our women’s game today i love this man too much ? pic.twitter.com/C917Y3lerW

Thiago Silva has been following women’s team games recently. He had put up IG stories of the games. Absolute Legend?
Now, What’s your excuse?#CFCW #CFC https://t.co/e7mtnH5gmN

Here is how some of the other Chelsea faithful reacted to Silva’s support for the brilliant ladies:

Thiago Silva has embraced Chelsea to a degree we could have never asked for. From studying film of our opponents late at night at home, to very passionately cheering on our boys from the stands, to watching the Chelsea women, he’s treated this club like it’s been his one & only.

You’d think he’d been at the club since forever the way he supports the teams.

This is so important,give him 2 yrs Contracts ,I don’t care
Good monitor for the young players ?

He’s been here six months and you can just tell he adores the club. Love him!

Thiago Silva is a Chelsea legend after 6 months, idc what u think. pic.twitter.com/6sUFMB8ZVD

For an experienced player that’s in the final stages of his career, the fact that he’s still tuning into some football over the international break shows just how much he loves the beautiful game.

Viewership from such a high-profile football player should also lead to an uptake in eyes on the Blues’ women’s team in the near future you’d think, which will be massive.

Chelsea’s ladies have been very successful since they were made an official part of the club, with the side that are one of the founding WSL members winning the top-flight on three occassions. 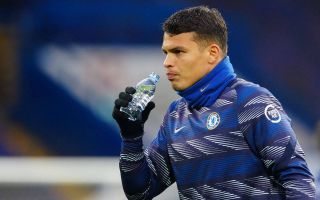