The Netherlands international has long been a top target for Barca boss Ronald Koeman, but Liverpool are also mentioned as eyeing him up this summer, according to Marca.

Depay has shone in Ligue 1 despite previously flopping at Manchester United earlier in his career, and it would be interesting to see what he could do if he returned to the Premier League now.

It certainly looks like Depay could have a positive impact at Liverpool, who look in need of a shake-up after a hugely disappointing season that could see them miss out on a top four place.

It’s been claimed by the Transfer Window Podcast that Liverpool are looking for a new signing up front this summer, with funds available to Jurgen Klopp to bring in a Mohamed Salah-esque player in that position. 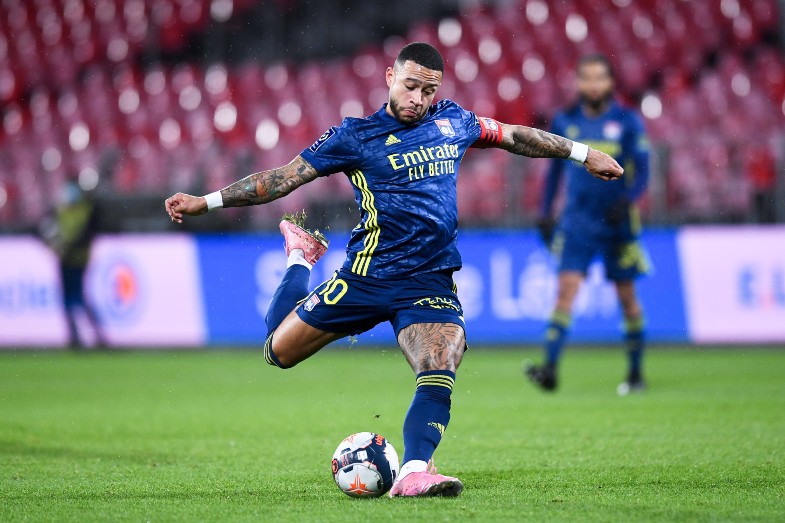 Memphis Depay is a transfer target for Liverpool

Depay could fit the bill as he can play out wide and centrally, and he looks like he could be a fine fit for the Reds’ style of play.

Still, it might be that a move to Barcelona would be more tempting right now as they’re more likely to be able to offer Champions League football next season.