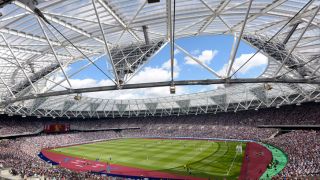 West Ham are reportedly set to be the subject of a possible takeover bid by an American consortium.

In a surprise development, it seems the Hammers owners David Gold and David Sullivan could have the option of selling the club, according to a claim made by the reliable ex-WHU employee.

“A decent source to me, told me that a consortium, an American consortium, are finalising a bid for a club and have submitted, or will submit an offer,” he said.

“Now, I don’t know if I believe this, I don’t know if there’s much legs of it, I don’t want people to get carried away and for me to be the next secret agent, because I’m telling you, I’m not sure if it’s true or not.

“I’m just putting it out there that apparently there is an American consortium that are very interested in the club.”

West Ham have had a great season and are over-achieving under David Moyes as they challenge for a place in Europe.

This could make the east Londoners more attractive to potential buyers, but it might also be unsettling at a time when things are going so well for the club.