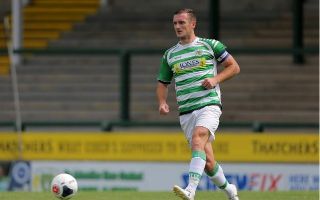 Yeovil Town have announced the sad news that their club captain Lee Collins has passed away at the age of 32.

The defender had been a key player for Yeovil and also previously had spells for clubs like Wolves, Port Vale and Northampton Town.

MORE: Chelsea vs Man City or Leicester vs Southampton clashes could be pilot events for return of fans to games

It has now been confirmed, however, that Collins has died, with his club releasing the following statement today in tribute to their late skipper:

All at Yeovil Town Football Club are mourning the loss of club captain Lee Collins.

Lee sadly passed away yesterday and our thoughts and prayers go out to his family and friends.

We ask everyone to respect the family’s privacy at this time.

The club will make no further comment at this time.

Our game with Altrincham tomorrow has been postponed.