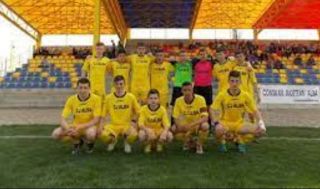 We’ve seen most April fools pranks a million times before, so it’s left some clubs looking for new ways to push the envelope.

There’s an amazing story involving Romanian third tier side Industria Galda de Jos, and they decided to enlist the help of a local paper to jokingly report that the coach had been fired.

Unfortunately he didn’t see the funny side of this at all, so he didn’t turn up for training the next day and it appears that he’s now left for good:

This is absolutely brilliant. Industria Galda de Jos (3rd tier) asked a local website to help them with an April Fools' joke for their manager. Galda wanted an article saying coach Fogorosi was sacked after 3 defeats in his 3 games in charge. The man took it seriously and left.. pic.twitter.com/fSADns1W12

The prank probably got what it deserved.