West Ham are in a strong position both in Premier League terms and when it comes to considering Declan Rice’s contract.

The Hammers captain is locked into a deal that doesn’t end until 2024, and has the option for another year.

His performances across the 2020/21 league campaign have been nothing short of fantastic for the most part, and it’s only right that other clubs would be looking at his current situation to see whether an offer would be accepted and a transfer viable. 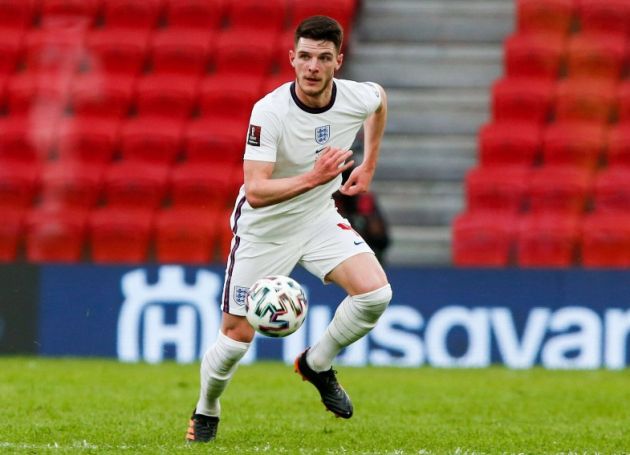 Troy Deeney spoke on talkSPORT, and suggested that if Rice were to move on to pastures new in the summer, that he’d cost in the region of £50m-£60m, however, Ex-WHU employee via Twitter, and cited by Give Me Sport, has suggested that even if he were sold, it wouldn’t be at that price.

It’s previously been suggested that David Moyes wouldn’t accept less than £100m for the England star, and even then he’d be loathe to lose his captain.

Time will tell if any clubs are willing to test the east Londoners’ resolve.