Everton FC midfielder James Rodríguez is under pressure this summer as the 29-year-old leads the Colombia national team on home soil at the Copa América.

During an interview with ESPN (via Diario AS), Rodríguez discussed Colombia’s expectations as they hope for a performance that results in them lifting the South American crown.

The Copa América will occur in Argentina and Colombia, so there’s pressure for the Everton ace to lead his national team to win the tournament. Rodríguez isn’t shying away from the lofty expectations for the players who will be on the squad this summer. 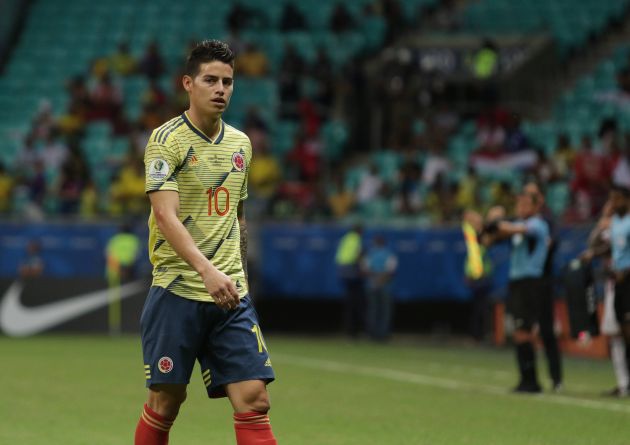 “To compete well, yes. Doing a good job, being able to win it is in my mind and that of my teammates,” Rodríguez said. “It is true that we are at home and we have to go game by game. When you want to win something, you have to think about the day-to-day, in which you do so that you can win “.

Despite Colombians demanding the Everton midfielder and his teammates win the competition, Rodríguez understands that they can only take it one match at a time. Furthermore, with Brazil in their group, they’ll have their hands full trying to be one of the nations coming out of their group.

“The more you achieve things, the more people want. The boys of this generation did good things, both in European football and in Colombia,” Rodríguez said. “It is something that arises on its own when a country achieves things. The country wants more, and I understand it perfectly. When I get something, I want more, and the people want to earn things.”

Finally, Rodríguez and his generation have yet to reach a final of an international tournament, so the 29-year-old understands that the clock is ticking on those players in their late 20’s and early 30’s to win something for Colombia.