It’s going to be the transfer saga of this summer.

Any club interested in Erling Haaland will have to pay through the nose if they want him to line up for them at the start of next season though.

Or they could wait a year and get him for half the price.

The Norwegian’s buyout clause is €75m but doesn’t kick in until 12 months from now. Any club wanting him this summer will need to pay double that, but that seemingly hasn’t put off the likes of Barcelona, Chelsea, Man City and others.

Most outlets (including The Sun) reported on the meeting which took place on Thursday between Barca’s new president, Joan Laporta, the player’s agent, Mino Raiola, and his father, Alf-Inge Haaland, before the latter pair flew to Real Madrid for talks. 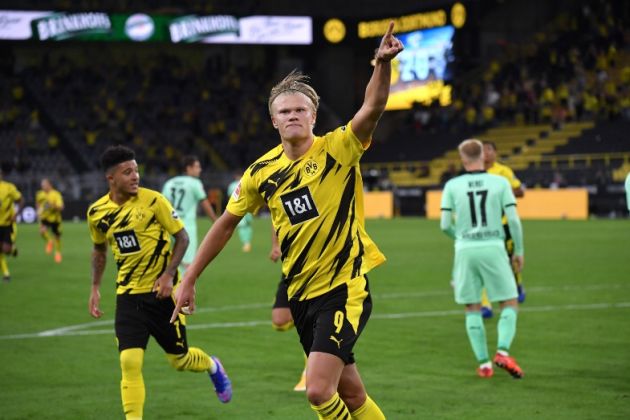 It’s expected they’ll do the rounds in England on Good Friday too.

Each club will believe they’re in with a chance of signing European football’s hottest property, but the truth is, if Barcelona can prove they have the funds to sign Haaland, Raiola is likely to do business.

He enjoys a wonderful working relationship with Laporta, and with the latter looking for a statement signing to both put his club back on the map and help keep Lionel Messi in situ, it’s a move likely to suit all parties.

Haaland will have the final say of course, though with Catalunya Radio, cited by The Sun, reporting he only wants a move to either Real Madrid or Barcelona, the blaugranes are absolutely in the box seat.