Arsenal and Chelsea are thought to be leading the race to sign Sergio Aguero from Manchester City in the summer transfer window, according to Todo Fichajes.

Aguero is set to leave Manchester City at the end of the season after ten brilliant years at the Etihad. However, his journey in the Premier League may not yet be complete, which could risk upsetting the fanbase which has fallen in love with him over the past decade.

MORE: Video: Man City fans may not like this as Pep Guardiola appears to rule out Haaland signing as he discusses Aguero exit

As per Todo Fichajes, Aguero is attracting a great deal of interest, with clubs such as Barcelona and Paris Saint-Germain mentioned as potential suitors, but it’s actually London giants Arsenal and Chelsea who have emerged at the front of the race to sign him. 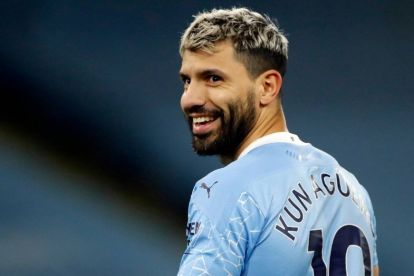 Sergio Aguero is one of the greatest players in Premier League history.

Both clubs can offer him to remain in the Premier League, live in London, while Chelsea have an exciting project under Thomas Tuchel and Aguero has a pre-existing relationship with Mikel Arteta from his time as Man City assistant manager.

You get the impression that a move to either club would ruffle a few feathers in Manchester.