Aston Villa goalkeeper has become one of the significant players for the English club. As a result, the 28-year-old goalkeeper is in consideration for the Argentina national team.

With the Copa América and the 2022 FIFA World Cup around the corner, these are the last opportunities for Lionel Messi to win an international trophy for Argentina.

Nonetheless, even if Martínez doesn’t make the national team squad, he wants to see Messi win even if the Aston Villa goalkeeper doesn’t make the squad during an interview with Efe (via Diario AS). 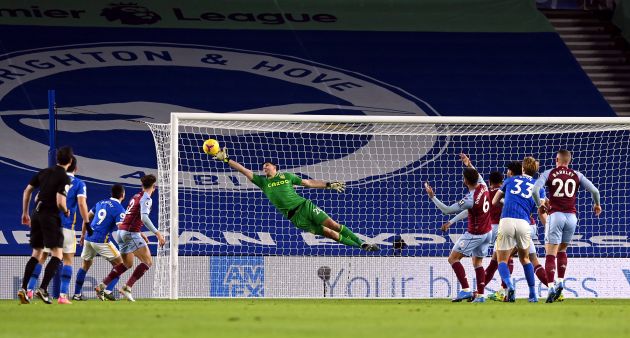 “It is the most important thing that can happen to you at a sporting level. You are competing with the best in the world,” Martínez said. “I would be happier for [Messi] to win a Copa América or a World Cup than for me to win it.”

Argentina has quite a few goalkeepers to decide from as they try and capture an international trophy for Messi.

The Aston Villa goalkeeper has made 29 appearances for the English club and has 14 clean sheets this season. Martínez is doing everything he can to make sure he’s a part of the squad that helps Messi win his first international trophy.