Juventus are hoping to re-sign Moise Kean from Everton in the summer transfer window, according to Italian outlet TMW.

Kean, who was phenomenal during his time in Turin, was shipped on to Everton for reasons which related to improving Juve’s financial outlook, as per TMW.

The Italian striker was unable to produce his best performance level at Goodison Park and was subsequently loaned out to Paris Saint-Germain.

After 15 goals in 29 appearances, including one at the Nou Camp against Barcelona, it’s safe to say the loan move has been a success for the 21-year-old. 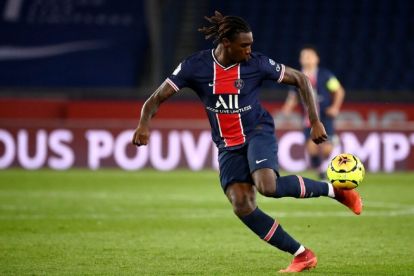 Moise Kean in action for PSG

However, it remains unclear where he will be playing his football next season.

As reported by TMW, Everton are prepared to sell, with PSG surely keen to keep him on a permanent basis, but now Juventus have entered the race to re-sign him.

The report notes that Juventus have no official buyback clause, but will fight nonetheless to see the striker return to the club this summer.

The battle to sign Kean is beginning to heat up.