There were many reasons why Chelsea lost to West Brom today, but you have to think the game would’ve gone differently if Thiago Silva wasn’t sent off in the first half.

You can see that he’s simply trying to block the shot and his head is turned long before he makes contact with the player, but he does give the referee a decision to make and you can see why the red card was given:

Chelsea were 1-0 up at that point but they went on to lose the game 5-2, and Silva spoke out after the game to say he didn’t agree with the ref’s decision but he took responsibility for his actions: 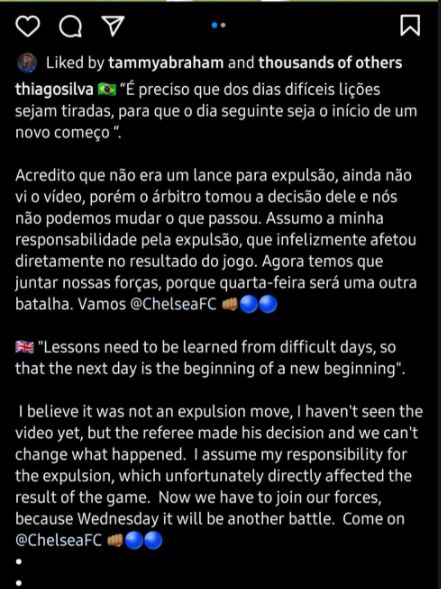