Life back at Old Trafford has not been easy for Solskjaer, who has learnt the hard way just how high expectations are when managing a club with Man United’s pedigree.

MORE: Man United are finally ready to make a controversial transfer decision, but it depends on this happening

When the Red Devils were struggling at the start of the campaign, you wondered if he would make it through, but he has, with a Champions League qualification spot on the brink of being secured.

Paul Scholes, who played with Solskjaer during their time together in Manchester, has revealed to Webby & O’Neil that he deserves a contract extension for what he has achieved.

“I think he probably deserves it. There’s been progress from the manager before.”

“I think the team looks a lot better, it’s much more exciting, there’s goals in the team – which you always expect from a United team, anyway.”

However, while speaking to Webby & O’Neil, Scholes did make the point that Solskjaer will need to win a trophy if he really wants to be considered a success at the club.

“I think the only problem is: win something. It’s a little bit of a worry. Losing the [FA Cup] quarter-final to Leicester, it wasn’t good.”

“He probably did need the rest against Leicester, but on the other hand, I don’t think United are in a position to rest people for the big games.” 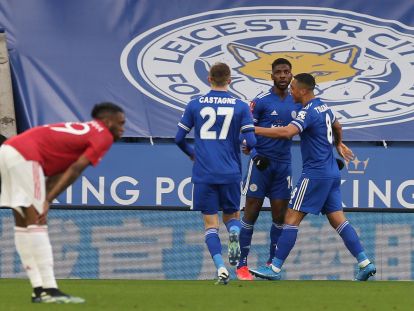 Man United were knocked out of the FA Cup by Leicester City.

“I think they have 12 or 13 players that are good enough to go and win a lot of games. Is the squad then deep enough when you’re leaving these big players out to go on and win the bigger games?”

It still does seem pretty mind-boggling how cheaply Man United threw away their shot at progressing into an FA Cup semi-final against Southampton at Wembley.

Solskjaer made multiple changes to the starting eleven, with his side simply being outplayed by Leicester.

Could it prove to be a costly missed opportunity for him?