Chelsea and Barcelona’s plans to strengthen in the striker department appear to have overlapped, which isn’t particularly good news for either side.

With Barcelona not having signed a replacement for Luis Suarez, and Timo Werner continuing to misfire for Chelsea, both teams find themselves in need of a striker heading into the summer transfer window.

As reported by the Express, Erling Haaland’s representatives have held talks with Barcelona, while Chelsea are also in the mix. The Norwegian would be a dream addition in attack for both sides.

However, Haaland is the most coveted player on the planet right now, meaning competition to sign him is tough and the finances involved in the proposed transfer are astronomical.

That’s why both sides have reportedly drawn up the exact same plan B. 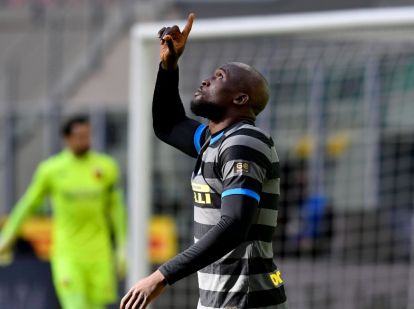 The Telegraph previously reported that Chelsea will explore alternatives for Haaland, facing the possibility that they may not be able to sign him. Inter forward Romelu Lukaku was mentioned as an option.

Todo Fichajes now claim that Barcelona are also looking at Lukaku, with the Catalan giants being forced to acknowledge the difficulty of signing Haaland and instead focus on preparing contingency plans.

It’s claimed that Lukaku’s asking price is €120M, which hardly makes him much more affordable than Haaland, but it’s a price that both sides could pay if they were willing.

They will just be hoping that the battle that could be set to erupt over signing the former Everton and Manchester United striker does not drive the price up any further.