In a post-match Q&A session for the Athletic (subscription required), Liverpool correspondent James Pearce was unsurprisingly asked whether the Reds were interested in Martin Odegaard.

Odegaard set Liverpool hearts racing when he hugged and talked to Reds boss Jurgen Klopp after the Merseyside outfit easily dispatched of his loan side, Arsenal, in a 3-0 win last night.

The 22-year-old joined the Gunners for the second-half of the season from Real Madrid, who signed the attacking midfielder as a promising teenager in 2015 but haven’t offered a key first-team role to date.

With Odegaard impressing in North London over his 13 appearances, which have produced two goals and plenty of dominant creative performances in midfield, much has been made of the star’s future.

The exchange between Klopp and Odegaard left a Liverpool fan to ask Pearce whether the Reds held an ‘interest’ in the Norwegian star or not.

Pearce’s response will break some hearts as he confirmed that the Anfield outfit were keen ‘years ago’ before Odegaard joined Real Madrid, but is not currently ‘aware’ as to whether interest ‘still exists’.

Here is the exchange in which Pearce offered an update on Odegaard, quelling social media talk: 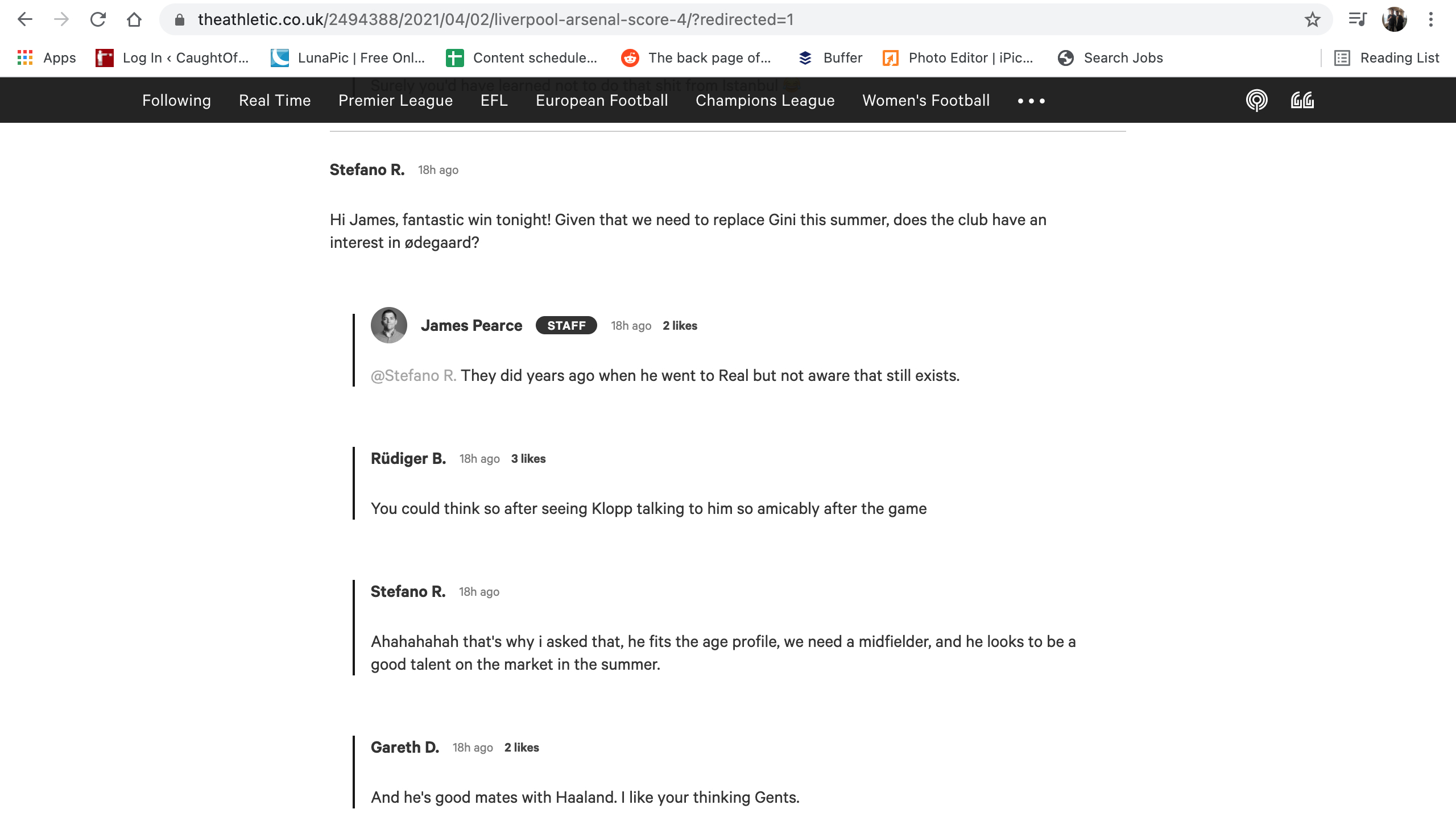 Fan: “Hi James, fantastic win tonight! Given that we need to replace Gini this summer, does the club have an interest in Odegaard?”

Pearce: “They did years ago when he went to Real but not aware that still exists.”

Odegaard has proved himself since joining Arsenal, and let’s not forget his brilliant campaign with Real Sociedad last season, the ace deserves to play a big role – whether it’s for Real Madrid or someone else.