Olivier Giroud has decided that he will be leaving Chelsea at the end of the season when his contract expires, according to Don Balon.

Giroud has been making the Chelsea match day squads ahead of Tammy Abraham, but Thomas Tuchel has not often given him the opportunity to lead the line.

Chelsea were battered and beaten against West Brom yesterday afternoon, with goals required to get back into the contest, but Giroud was not called upon.

With his contract expiring at the end of the season, a decision has been looming for Giroud, and as per Don Balon, he’s decided his future lies elsewhere. 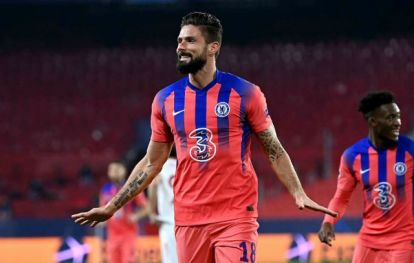 Giroud has reportedly decided to leave Chelsea in the summer.

Giroud still has plenty to offer, he’s proven that during his sporadic appearances, which have oftentimes been fruitful, but he’s wasting what’s left of his best years on the substitutes bench.

Don Balon report that Giroud is well aware of Chelsea’s intentions to sign a new striker this summer and knows he will be even further down the pecking order. As a result, he’s not going to renew.

It’s a blow for Chelsea, who have been able to boast one of the best reserve strikers in the world for several years now. Replacing him will be a tough ask.