Former Newcastle manager Graeme Souness has claimed that Steve Bruce is fortunate that his team are not playing in front of fans at St. James’ Park.

Souness spent two years at Newcastle and experienced what it’s like to feel the full range of emotions experienced by the fans within the confines of the stadium.

Thankfully for Steve Bruce, with Newcastle now in real danger of being relegated to the Championship, the pandemic has prevented any fans from coming through the turnstiles.

Graeme Souness believes that Bruce should count himself lucky. He’s quoted by the Daily Mail saying:

“You’ve got to get some points on the board because if you’re constantly playing under pressure, needing to win, some players don’t respond very well to that. “ 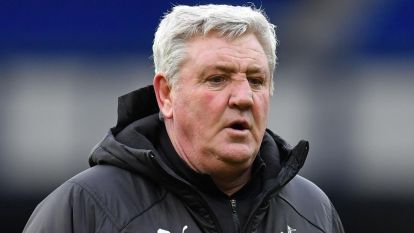 Steve Bruce has very few admirers within the Newcastle United fan base.

“And a saving grace for them I think, having worked at the club, is that the stadium’s empty. The crowd would not be slow in voicing their disappointment with the team.”

The mood among the Newcastle fanbase has scarcely been so rotten, so Souness is absolutely right. If they were in the stands to witness many of their side’s awful performances this campaign, there would have been riots.

For Bruce, the focus is on surviving in the job long enough to be reminded what it’s like to manage Newcastle when there’s fans in their historic stadium.

Although, he ought to be careful what he wishes for – because you don’t imagine he’d get much of a reception.