Tammy Abraham has taken to Twitter to remind everyone of what he’s capable of, with Thomas Tuchel clearly not valuing what the striker has to offer.

Abraham was a key figure during Frank Lampard’s debut season as Chelsea manager and finished the campaign as the Blues’ top scorer in all competitions.

However, the England international did not even make the bench for Chelsea’s 5-2 defeat to West Brom on Saturday, despite having fully recovered from an ankle injury.

It’s abundantly clear that Tuchel is, quite simply, not a fan, with the reasons behind the German’s distaste not entirely clear, especially in the midst of Timo Werner’s struggles. 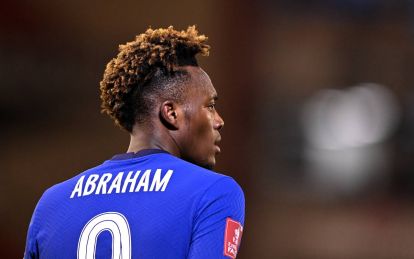 Abraham is clearly keen to remind everyone what he’s capable of though, because have a look at the tweet he’s replied to, which details just how productive he has been at such a young age.

The 23-year-old is without doubt a Premier League standard striker, the question is as to whether he’s a Chelsea standard striker. We won’t know for sure if he’s never given an opportunity to start a game for the Blues again.