The Lucas Torreira rumors to Boca Juniors continue to develop, and the Arsenal midfielder went on an Uruguayan television to further push a move to the Argentine club this summer.

Marca relayed the comments made by Torreira, who revealed that he’s in constant communication with Second Vice-President and former Boca Juniors midfielder Juan Román Riquelme. 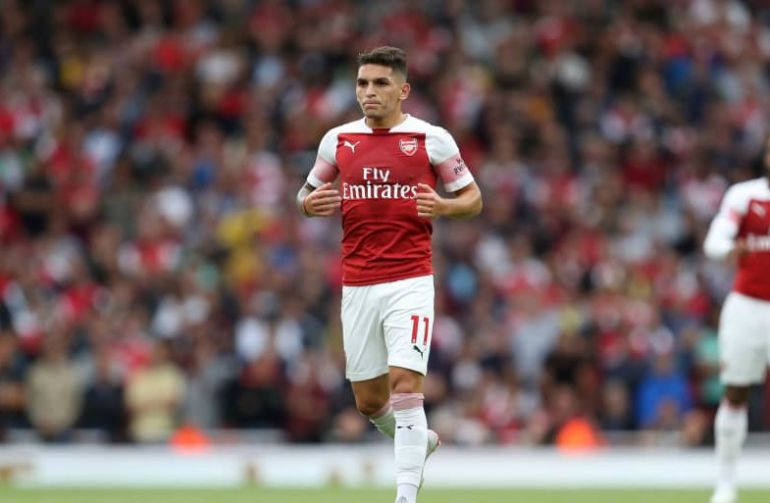 “Yes, I always talk to Riquelme, but when I do, it is not about that interview. He thanked me for having spoken very well of the club, and good to say hello to my family at this time,” Torreira said.

“I never considered coming to Uruguay; it is not an idea that I have; perhaps at some point, it may cross my mind to know that I never played in an Uruguayan team or the First Division. But my idea has always been obvious to be able to come to Boca. But everything in football is changing very fast, so I don’t know what might happen in the future.”

The 25-year-old remains with Atlético Madrid until June when the loan with the Spanish side ends. Torreira will then return to Arsenal, where Boca Juniors and The Gunners can discuss a potential loan deal for Torreira.

With the midfielder’s market value at £20-million, it’s an astronomical price for any South American club to pay. As a result, both sides need to agree on a loan that makes sense for the parties involved, as Torreira wants to be closer to his family after losing his mother to COVID-19.

As Torreira makes it known his wish to play for Boca Juniors publicly, it will be interesting to see if Arsenal gives the midfielder a chance to live out his dream for the 2021-22 season.