Borussia Dortmund CEO Hans-Joachim Watzke has suggested Manchester United could convince the club to discuss a transfer deal with Jadon Sancho if they make an “exceptional offer” for the England winger.

The Red Devils have been linked with Sancho by Eurosport and others for some time now, and it makes sense that Ole Gunnar Solskjaer might want to improve his attacking options after a frustrating season.

United once again look like missing out on major silverware after falling far behind rivals Manchester City in the Premier League title race, while Leicester City knocked them out of the FA Cup at the quarter-final stage.

There could still be a chance for United in the Europa League, but it seems clear the club needs to strengthen in the upcoming summer transfer window and Sancho seems like just kind of player they need.

Luckily for MUFC, it seems Dortmund are expecting a chance of negotiating Sancho’s sale, going by Watzke’s latest comments to both DAZN and Spox, as translated by Sport Witness.

“I’m not getting involved in probabilities, it’s no good. Jadon Sancho has been with us much longer than Erling Haaland. We’ll have to speak to Jadon too. If there is an exceptional offer, we will discuss it with the player and the agent, as always,” Watzke said.

“Nonetheless, I am very sure that the transfer market will only run to a very limited extent this summer.

“Especially at the very big clubs, you can see what kind of wounds coronavirus has inflicted – and they are not small ones that heal within two weeks.” 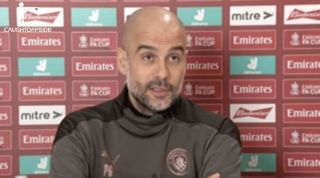