With less than 10 games to go of the La Liga season, the time is fast approaching when Lionel Messi is to give a decision on his future.

There remains the possibility of him staying at Barcelona, though he will need to be convinced that the club can match his aspirations during what would almost certainly be the last contract he signs with the Catalan outfit.

All the while things are left in abeyance, the likes of Paris Saint-Germain and Manchester City will be circling.

Given the Argentinian’s astronomical contract at Barca, it’s arguable that only the two European giants would be able to afford him, and they too would need to convince him.

That hasn’t stopped Angel Di Maria again speaking up and suggesting how great it would be to have Messi as a club, as well as national team, team-mate. 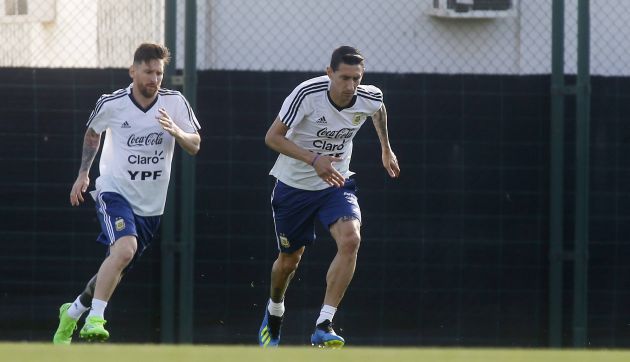 “From my whole career, from everything I’ve seen, I think Leo is from another planet. To have him as a team-mate would be wonderful,” he told beIN Sports, cited by the Daily Mail.

“But he is a Barcelona player, he has a contract. After that, we’ll see. I talk a lot with him and I always tell him that the important thing is his happiness and that of his family.

“It’s hard to say anything else.”

Given that Messi has always said he would wait until the end of the campaign before making his mind up as to his future, Di Maria putting more pressure on him could be a hindrance to PSG more than a help.