Zinedine Zidane could be set to spring a major tactical change during the first-leg of Real Madrid’s Champions League clash with Liverpool tomorrow.

Liverpool are not the team they have been over the past two seasons, so Zidane will be well aware that his side have a fighting chance of progressing through to the semi-finals of the competition.

However, with Sergio Ramos out injured, and the Reds’ forward line hitting their stride at the Emirates at the weekend, Los Blancos’ defensive line looks as though it could be there for the taking.

As per Don Balon, Zidane is not ignorant to the danger which is posed, and could be set to make a significant tactical tweak in hope of tightening his side up at the back.

The report claims that Real Madrid could line up with a back three, with Eder Militao, Nacho Fernandez and Raphael Varane occupying the centre-back positions. 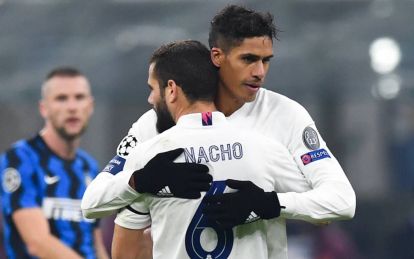 Zidane could be set to stage a reshuffle in defence for Real Madrid.

They’d be flanked by Ferland Mendy and Lucas Vazquez, which would make it, all due respect, one of the worst Real Madrid defences we’ve seen for years in terms of the personnel.

Nonetheless, the extra bodies in there would make it more difficult for the likes of Mohamed Salah, Sadio Mane and Diogo Jota to find space in their efforts to score an important away goal.

Could this prove to be a piece of tactical genius from Zidane? 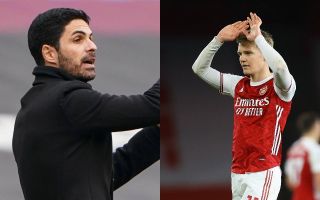