Arsenal legend Michael Thomas has spoken exclusively to CaughtOffside about what needs to change at his old club.

The Gunners great unsurprisingly had some concerns after witnessing the 3-0 home defeat to Liverpool over the weekend, with Jurgen Klopp’s side finding it far too easy as they strolled to victory at the Emirates Stadium.

Arsenal could need as many as five new signings, according to Thomas, including making Martin Odegaard’s loan from Real Madrid a permanent move.

The former midfielder is not calling for the head of manager Mikel Arteta just yet, though, and simply called for him to be backed in the transfer market with some big-name purchases.

“I don’t think Arsenal need to be thinking about a new manager just yet,” Thomas told CaughtOffside. “A new manager will experience the same issues until they have their own team of players in place to produce what they want.

“I think Arteta needs to finish the season on a high with the Europa League and try and get more of his own players integrated into the team.

“If then he cannot get his group of players to perform then Arsenal as a club will have to decide where they go from there.

Arsenal’s 1989 title hero also gave Arteta a bit of advice about his attack after a poor game from Pierre-Emerick Aubameyang on the left-hand side against Liverpool. 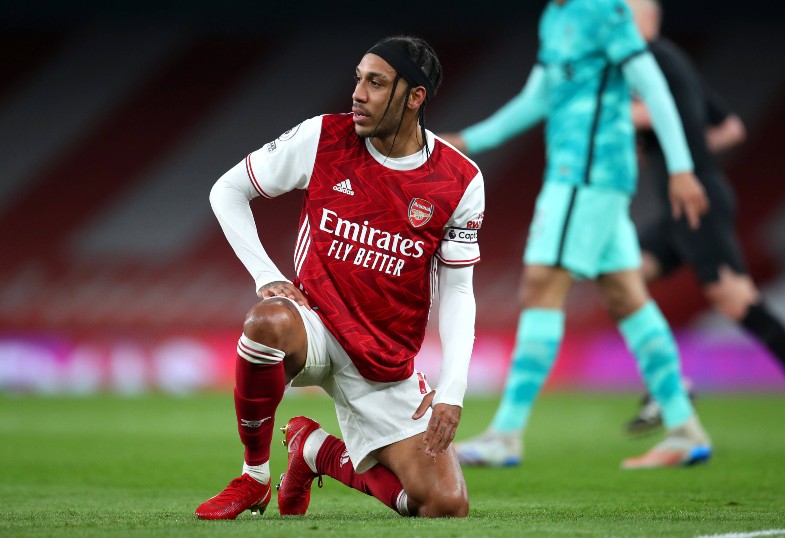 Thomas wants to see the Gunners play with more natural wingers, with Aubameyang moved back into the middle.

“I don’t think out wide suits Aubameyang,” he said.

“Arsenal as a collective look a better team with actual wingers out wide or Emile Smith Rowe, who can be quite creative from either flank also.

“Aubameyang’s best position is through the middle.”