Chelsea reportedly have the edge over some of Europe’s top clubs in the transfer pursuit of Manchester City striker Sergio Aguero.

The Argentina international has been one of the finest players in the Premier League for much of the last decade, and he’s set to become one of the most big-name free agents on the market this summer.

According to the Evening Standard, Chelsea are one of the clubs in for Aguero and he could be tempted by the option of staying in England in order to continue chasing Premier League scoring records.

The 32-year-old has 181 goals in the English top flight, putting him fourth on the all-time list from the Premier League era.

It’s certainly easy to imagine Aguero could continue to rise in the scoring charts if he joins someone like Chelsea, who would also hugely benefit from making a big signing up front. 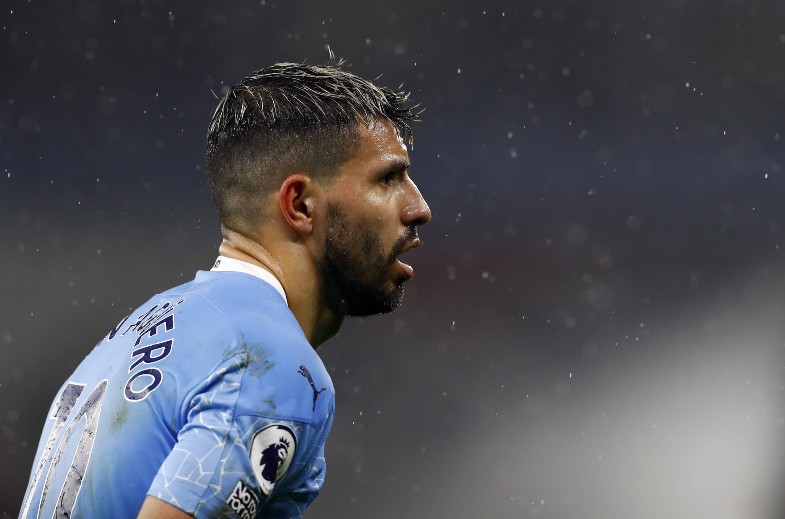 Sergio Aguero could be tempted by a transfer to Chelsea

The Blues will no doubt be disappointed by how Timo Werner has performed this season, and a proven player like Aguero could be a considerable upgrade.

Aguero’s recent injury record isn’t the best, but if he can stay fit he can certainly improve Thomas Tuchel’s side.

The Standard quote CFC manager Tuchel has praising Aguero, describing him as “outstanding” and “world-class” while their sources state the west London giants are “at the table” for a deal.

Speaking to CaughtOffside this week, Chelsea legend Alan Hudson explained why he was unsure if Aguero would be the right fit for his old club.