Edinson Cavani will be leaving Manchester United in the summer when his contract comes to an end, according to Todo Fichajes.

Cavani joined Man United in the summertime after his contract with Paris Saint-Germain was not renewed. The Uruguayan has netted seven goals in 27 appearances.

As noted in the official statement released by the Red Devils after Cavani’s arrival, the veteran striker penned an initial one year contract with an option to extend by a further year.

However, Todo Fichajes appear confident in reporting that he will be leaving Old Trafford this summer, with Boca Juniors likely to be the next step in his career. 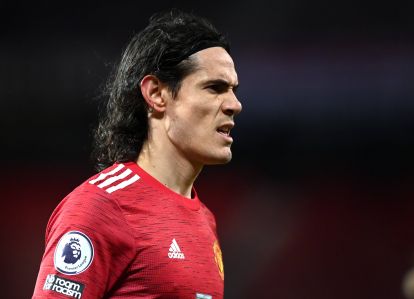 Edinson Cavani’s Manchester United future is in some doubt.

Cavani has been a worthwhile signing for Man United, but not a great deal more than that. Odion Ighalo actually boasted a better minutes-per-goal ratio than the 34-year-old.

He would be no great loss to Man United, assuming they use the summer transfer window wisely and sign a suitable replacement. Though, how many fans would actually trust Ed Woodward to pull that off?