Manchester United midfielder Bruno Fernandes has insisted it’s not enough to make the semi-finals of competitions and that the Red Devils need to be winning trophies.

It’s been another frustrating campaign at Old Trafford, with Man Utd dropping out of the Champions League at the group stage, and the FA Cup at the quarter-final stage.

United also failed to get past rivals Manchester City in the Carabao Cup semi-finals, though they’ve made some improvement by looking pretty safe in 2nd place in the Premier League table.

Fernandes wants to see more from United, however, telling the latest edition of FourFourTwo that this is a club that needs to be in finals and winning them.

“We can’t think of anything else at this club,” he said. “United is made for trophies and the whole mood is around that.

“We reached the semis [of the League Cup] and lost to City, but that’s not enough. That wasn’t our time – we need to be in finals, and to win them.”

The Portugal international also discussed the chat he had with Ole Gunnar Solskjaer when he joined MUFC, revealing that the Norwegian tactician simply told him to  be himself on the pitch.

“He simply told me to be myself. To enjoy it, to play my own game,” he said. 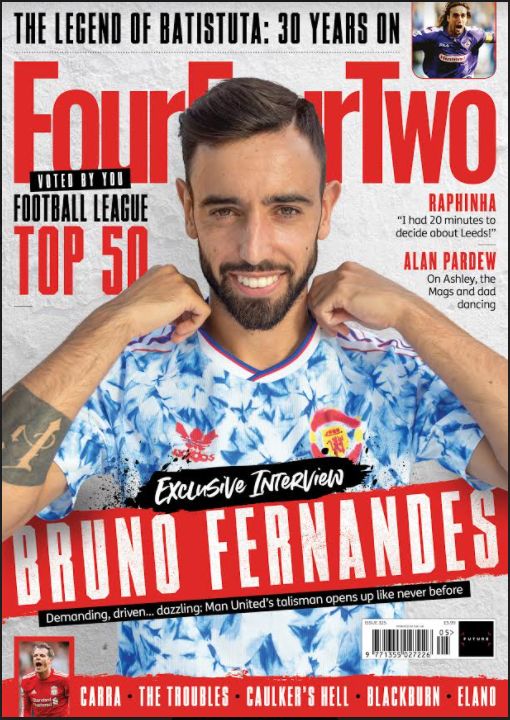 “He said that he’d watched me for Sporting and that he wanted the same Bruno here – someone who tried to lead the team.

“It was important that the club trusted me to be me.”

This certainly seems to have worked out well for Fernandes, who has been a joy to watch in his time in England.

This month’s FourFourTwo is in shops on Wednesday, April 7 and has a 10 page interview with Manchester United forward Bruno Fernandes. Also in this issue, The Football League Top 50, an interview with Leeds star Raphinha and former Spurs star Steven Caulker opens up. To subscribe to FourFourTwo for a special five issues for £5 go to: www.magazinesdirect.com/spring21