Palmeiras forward Gabriel Veron is one of the more sought-after talents in Brazil, and the teenager made the list of top wonderkids in the world.

With the transfer market opening up in a few months, The Sun has put together its top 11 wonderkids that some clubs will look to target this summer. 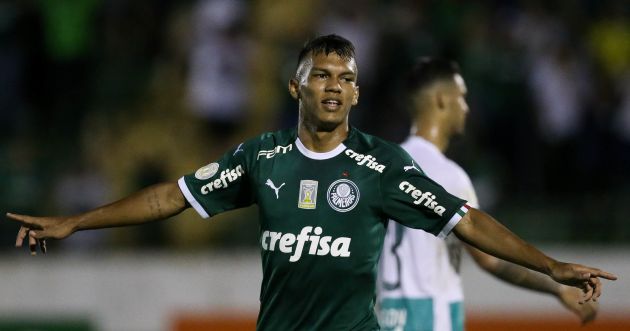 One of the names on the list is Veron, who has made 38 appearances in all competitions and has scored 11 goals while registering five assists. Furthermore, the 18-year-old was a crucial part of the Palmeiras squad that went on a run that led to a Copa Libertadores trophy.

Now European clubs are lurking to bring Veron to the old continent. Manchester United FC is one of the teams showing interest in the player, as perhaps they’d look to add some youth to the forward position in its squad.

The Red Devils transfer target has a £53million release clause in his contract. If the Premier League side wants to secure the young player, it will cost them a significant sum.