The latest Premier League team of the week is with us, and it’s little surprise to see Liverpool dominate after their superb 3-0 win away to Arsenal.

The Reds looked back to their best against an admittedly poor Gunners team, winning 3-0 at the Emirates Stadium thanks to goals from Diogo Jota and Mohamed Salah.

In truth, it could’ve been more for Liverpool, though Alisson also had some good moments to keep Arsenal out, so made Garth Crooks’ team of the week on BBC Sport.

Jota’s brace means he takes a place up front, and he’s joined by Trent Alexander-Arnold in Crooks’ XI.

Elsewhere, we also have Harry Kane and Danny Ings up front in what looks a strong strike force, while two Manchester City players are in as they continue their march towards the title.

The shock of the weekend, however, was West Brom thrashing Chelsea 5-2 at Stamford Bridge, and two Baggies stars make it in as a result.

See below for the full line up… 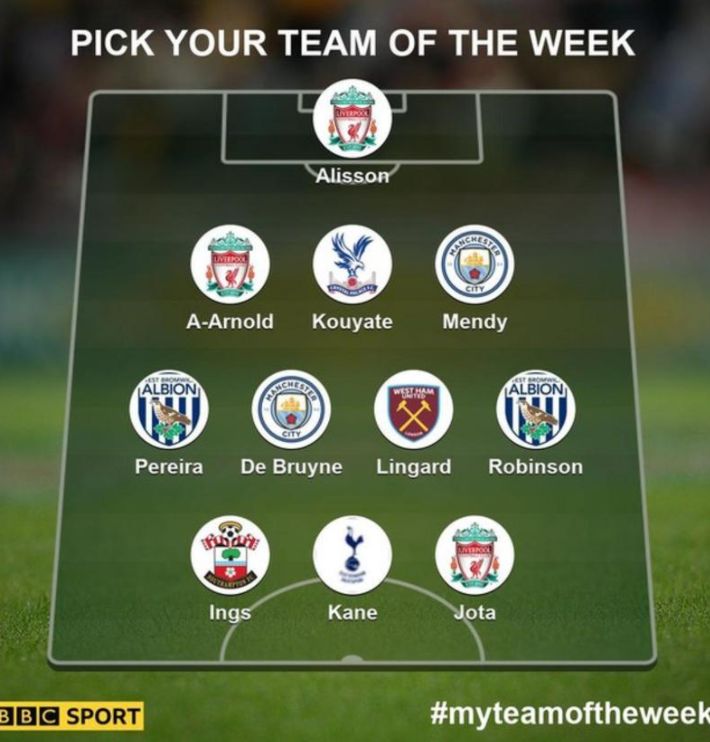