It’s been presumed by many that Eric Garcia was destined to re-join Barcelona in the summer after his Man City contract expired, while there were even reports which indicated that it was already agreed:

DONE DEAL: @ericgm3 has agreed to join @fcbarcelona as a free agent this summer. (via @FabrizioRomano) ?? pic.twitter.com/RvxbeSwLM2

It’s a signing that would just make so much sense. He’s a former Barca youth player so he would be returning home, they need a long term replacement for Gerard Pique and he has a ton of potential so you could see him being a rock in their defence for years to come.

Unfortunately it now looks like there are problems with the deal, with Marca reporting that Barca aren’t able to live up to an earlier offer.

It’s suggested that there was already an agreement in principle from around 12 months ago, so it looked like a mere formality where he would agree terms and sign for free in the summer.

READ MORE: Huge financial boost for Barcelona as star’s injury should see them save €20m

Unfortunately their financial situation is worse than expected, and it’s now suggested that they’ve had to go back on that original offer and they’ve asked him to take a smaller salary instead.

This is all up in the air just now as he does want to return but it doesn’t sound like he’s willing to accept these terms, so it does open the door for other teams to step in with a suitable offer. 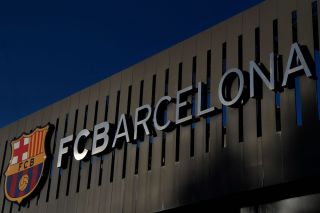