Jamie Carragher believes it’s a great achievement for West Ham to get into Europe this season, even if they ultimately let a Champions League place slip.

The Hammers have been in superb form this season and currently occupy fourth in the table with eight games to go.

MORE: West Ham attackers “like Ronaldo and Messi in their prime” with Wolves fans left drooling by visitors’ performances

West Ham overtook Chelsea in the table this week and could now be in a good position to bring Champions League football to the London Stadium next season.

Still, it remains a big task for the east London club, and Carragher insists it would still go down as a huge achievement for them if they have to make do with the Europa League.

“West Ham will be delighted to get European football so I don’t think they’d see not making the Champions League as a huge blow,” the former Liverpool defender said.

“But how often will they be in this situation where they have a chance so late in the season. They’ve got themselves in the top four with eight games to go so it is a big opportunity.

“But I think European football would be a great achievement for West Ham.” 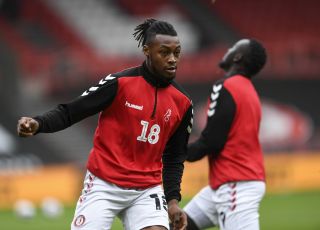