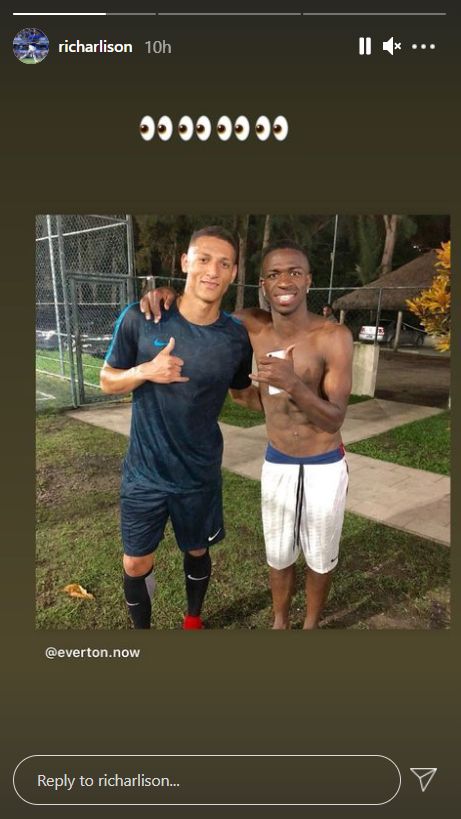 Richarlison has his history with Everton’s rivals Liverpool, and this seems like another clear shot at the Reds as Vinicius downed Jurgen Klopp’s side.

Way to rub salt into Liverpool’s wounds after last night’s disappointment in the Spanish capital, with LFC now facing a mountain to climb in the second leg of their Champions League quarter-final tie.