It’s fully expected that Arsenal will be active in the transfer window this summer as Mikel Arteta looks to overhaul his squad, but there will be a need to sell some current players to finance new signings.

There are arguments to be made for and against going after a radical overhaul, but when you look at the current squad it doesn’t feel like they are just one or two signings away from being title challengers again.

There are plenty of transfer rumours going around so there’s every reason to think that the squad could look very different next season, so here’s a look at how they could shape up if the current rumours actually play out: 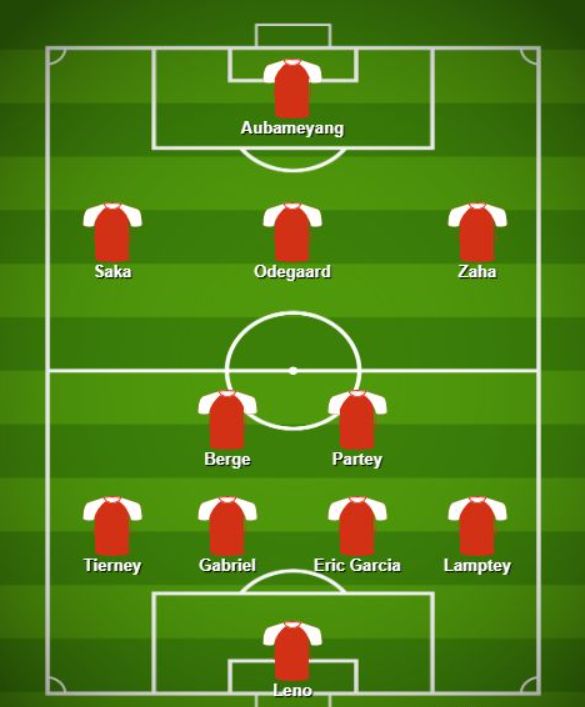 There’s no reason to move on from Bernd Leno just now, he’s a reliable keeper and the Gunners don’t have the money to find an upgrade that wouldn’t represent a huge gamble, so he should keep his place going forward.

Maty Ryan looks like a reliable back-up so it makes sense to keep him around if Brighton are willing to do a cheap deal, while Runar Runarsson hasn’t impressed and should be replaced, but that’s low down on the list of priorities just now.

Cedric is a dependable back up on both sides so he should stay around, but it does feel like Hector Bellerin could be off this summer. Football.London have reported that Brighton wing back Tariq Lamptey is being viewed as a possible successor. The former Chelsea youth player is wonderful to watch due to his pace and energy that allows him to dominate an entire side of the field so there would be a consistent threat on both sides when Tierney is fit too.

Deciding what to do in the centre of the pitch is the biggest problem because David Luiz is popular at the club but his legs are starting to go and injuries are an issue, while Pablo Mari and Gabriel are solid if somewhat unspectacular. William Saliba will hopefully get a chance to impress but a potential move for Eric Garcia could give them a real quality player to build around for the future.

Marca have reported that his expected move to Barcelona is now falling through because they can’t honour their initial agreement and he’s rejected their lower offer, while Arsenal made an approach to sign him earlier in the year.

It would be a huge call to pair him with Saliba straight away so Gabriel would likely be the initial partner with Garcia because of his left footedness, but it would also give Arteta options to build a solid backline.

The main order of business has to be finding a way to get Martin Odegaard tied up on a permanent deal. He didn’t get a chance at Real Madrid before his loan move and that’s unlikely to change if Zidane sticks around, so there will be a hope that he can be signed.

There will also be a hope that Thomas Partey can stay injury free and settles with a full pre-season at the club next year, but Granit Xhaka still divides opinion among the fans.

Arsenal will need to take chances the transfer market so moving for outstanding players from relegated sides could be the way to go, and they have been heavily linked with Sheffield United’s Norwegian star Sander Berge.

He can play in defence of midfield and it won’t hurt their case for keeping Odegaard if an international teammate is around, while he would bring more composure and reliability to the midfield so he and Partey would provide a solid base to build on.

Bukayo Saka is approaching a point where he can’t be left out so he should get the chance to start on the left, and the right hand side of the attack would be completed by Wilfried Zaha after reports suggested Arsenal are finally ready to bring him in.

The stats show that the combination of Lacazette, Aubameyang and Pepe just doesn’t work when they all play together, so it does look like Arteta will need to pick one and look to rebuild around them.

Nicolas Pepe might have the most potential but his age means he also has more of a sell-on value, while his inconsistency may never disappear so it makes sense to get money for him which can help to reinforce the rest of the squad.

Aubameyang is still their best striker when he’s on form so he would spearhead the attack with Zaha causing all kinds of problems on the right, although Emile Smith Rowe will also look to force his way into the team as well, especially if Odegaard doesn’t stay.

Obviously it’s unlikely that all of these moves will happen but it’s interesting to look at how different things could be next season, and you have to expect that there will be a fair amount of upheaval at the Emirates this summer.