Liverpool fans can perhaps breathe a sigh of relief over the future of their manager Jurgen Klopp.

The Reds haven’t been at their best this season, but after winning the Premier League title last year and the Champions League the year before that, they’re surely in no hurry to get rid of their popular manager.

Still, Christian Falk had recently named Klopp as one of the leading candidates to take charge of the German national team once Joachim Low steps down after this summer’s European Championships…

Jürgen Klopp AND Hansi Flick are the hot candidates for successors of Jogi Löw. The Bundestrainer of @DFB_Team will resign in summer @LFC @FCBayern @BILD_Sport

Luckily for Liverpool fans, another reputable journalist has now provided an update on the situation, saying it looks far more likely that Bayern Munich will be the ones in need of a new manager.

All signs from Munich tell me that Hans Flick will be the next German National Coach.

I have been wrong a couple times in my life….., but I don’t think I will be wrong here

Bayern got to find a new coach

It’s not clear what he’s basing this on, but Fjortoft tends to be pretty reliable and doesn’t speculate unless he’s heard something pretty concrete.

He tweets that he doesn’t think he’ll be wrong about this, so Liverpool fans will certainly hope it can cement Klopp’s position at Anfield for the long term. 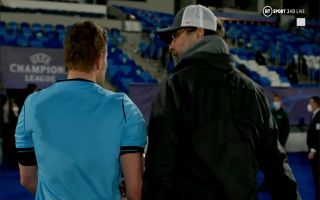