Hardly anyone would’ve picked West Ham United to be in with a shout of a European place, let alone a finish in the top four and qualification to the Champions League, after the way the Hammers ended 2019/20.

With a few games left of last season, their Premier League status was still under threat, but some great results pulled them away from the mire at the last minute.

Fast forward to now and David Moyes’ side have genuine aspirations of qualifying for the premier European competition.

Even with injuries to key men, Declan Rice and Michail Antonio, Sky Sports pundit, Paul Merson, believes the club have every chance, as long as they can overcome Leicester this weekend. 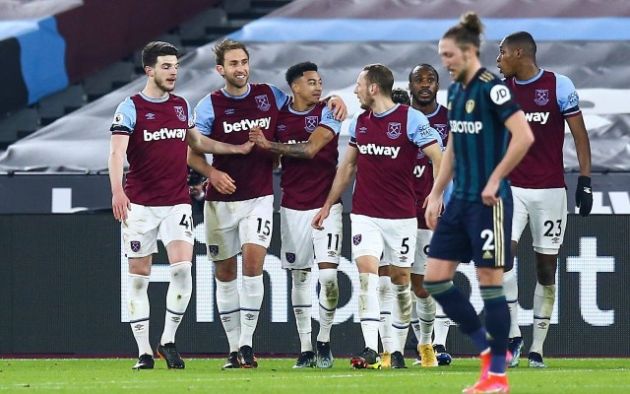 West Ham could qualify for the Champions League

“I like West Ham. I like their fixtures for the run-in. They are a really kind set of games,” he wrote in his Sky Sports column.

“[…] You just don’t know how they will stand up to the pressure of the run-in.

“[…] However, I can’t get away from their fixtures. They have got the best fixtures out of everybody in my opinion.

“It’s a massive game for them against Leicester this weekend. If West Ham can win that then you look at Leicester and start to worry.

“They could then be in a bit of trouble. But if Leicester win you worry for West Ham’s chances. That’s how quickly things can change.

“This is a once in a lifetime opportunity for the Hammers and I really do think they’ve got every chance.”

He’s unlikely to be alone in his thinking either, given that West Ham have completely exceeded their expectations for this season.

Perhaps the only issue now is one of belief. The fixtures, as Merson alludes to, are kind, and the Hammers’ destiny is in their own hands.