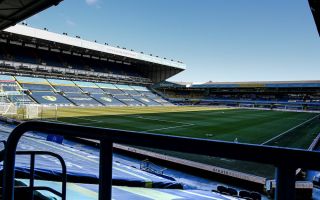 Writing in his column for The Athletic, reporter Paul Hay has offered fans an exciting update on Leeds United’s plans to expand Elland Road.

Despite initially making it clear they wish to increase the size of their 38,000 seater stadium two years ago, fans have yet to see building work commence.

Although football lovers have not been offered an update for quite some time, Hay has reassured fans that the Whites’ plans to expand their stadium are not dead and the club are, in fact, still working on the idea.

“My understanding is that Leeds are a long way down the road in terms of finalising plans for the West Stand and North Stand (and finding backers to help fund the work),” Hay wrote.

“They’re looking at a capacity of around 55,000 and given that they’re staying up this season, it might not be long before we see some blueprints. It would be done in stages to make sure attendances don’t drop too low while work is going on but in a revenue sense, it’s the area where Leeds can make significant strides financially.

It has been previously speculated that the Whites would be looking to increase stadium capacity by around 44%, which Hay confirms would see Elland Road’s capacity increased to 55,000 spectators.

Should the plans go through and the famous stadium be expanded to a 55,000 capacity, that would see Leeds United ranked sixth on the Premier League’s stadium capacity list.

Manchester United’s Old Trafford leads the way on 74,104 with Spurs and Arsenal’s grounds in second and third on 62,303 and 60,704 respectively.

West Ham United’s London Stadium ranks just below in fourth with 60,000 and Manchester City’s Etihad Stadium comes in fifth with a capacity of 55,017.