Luis Suarez is considering leaving Atletico Madrid in the summer transfer window, with a return to Liverpool mentioned as an option.

That’s what’s been reported by Todo Fichajes, who claim that Suarez, who only joined Atletico in the summer of 2020, has a bad relationship with manager Diego Simeone.

Simeone is a combative character, one who doesn’t tend to clash with players like Suarez, rather forms an impenetrable bond with them – à la Diego Costa.

Nevertheless, it’s Todo Fichajes’ belief that Suarez’s deteriorating relationship with Simeone could force him out the Wanda Metropolitano exit door. 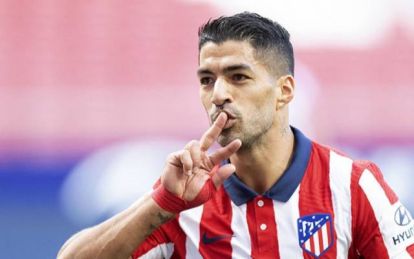 Luis Suarez could leave Atletico this summer after just one season in Madrid.

While the Spanish publication do claim that Inter Miami would be hopeful of convincing Suarez to move to the MLS, there’s another option on the table for the Uruguayan.

Todo Fichajes report that Suarez could return to Liverpool, where he established himself as one of the world’s elite, to finish his career.

That may be a little bit pie in the sky, but the mere suggestion of seeing Suarez back in Liverpool colours would probably leave Reds fans foaming at the mouth.